Miles co-founded DPI in 2007 after becoming non-executive Chairman of Blakeney Management in July 2006 by which time the firm was considered to be one of the largest portfolio investors in many African stock markets. Blakeney was set up by Miles in 1990, first as a consultancy and, since 1994, as an asset management firm, investing in Africa and the Middle East. Blakeney was one of the first investors in many African markets and Miles played an active role in the development of markets in countries such as Ghana, Morocco, Egypt, Kenya and Tunisia.

Before starting Blakeney, Miles spent 22 years in money management and investment banking in London and on Wall Street.

Miles was previously on the board of SABMiller Plc and he was the founder and chairman for five years of the London Business School’s Africa Board. He read Law at the University of Oxford. Miles is a citizen of the United Kingdom. 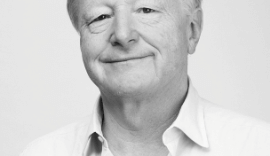 | 13.04.2018
Miles Morland
Our website uses cookies.
To improve your experience, we use cookies to collect statistics on how our site is used and to optimize site functionality. Click Agree and Proceed to accept cookies and go directly to the site or More info to see a description of the types of cookies we use and the choices available to you.

Agree and Proceed
More info
Where next?
About Us
Our Approach
News & Insights